As we ring in a new year and a new decade, California employers are faced with a number of important new laws. Following are some key employment laws taking effect this year:

If it goes into effect, AB 51 would prohibit employers from being able to require applicants and employees to enter into arbitration agreements as a condition of employment. For now, the temporary restraining order remains intact and the matter has been taken under submission. Supplemental briefing is to be filed by the parties on January 24, 2020. 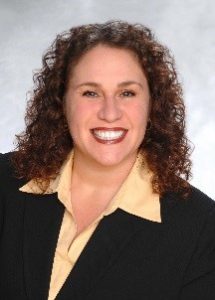 Jaimee K. Wellerstein is a Partner at Bradley & Gmelich LLP, and the Head of the firm’s Employment Department. Jaimee concentrates her practice in representing employers in all aspects of employment law, including defense of wage and hour class actions, PAGA claims, discrimination, retaliation, harassment, wrongful discharge, misclassification, and other employment related lawsuits. She also provides employment counseling and training in all of these areas.

Jaimee routinely represents employers in federal and state courts and in arbitration proceedings throughout the state, as well as at administrative proceedings before the Equal Employment Opportunity Commission, the California Department of Labor Standards Enforcement, the United States Department of Labor, and other federal and state agencies. Jaimee assists as a Legal Advisor to CALSAGA, and is a member of ASIS International. She is rated AV-Preeminent by Martindale Hubbell, the highest peer rating available. jwellerstein@bglawyers.com / 818-243-5200.

Annette M. Barber is Special Counsel on Bradley & Gmelich LLP’s Employment Team.  She represents clients providing employment advice and counsel in all aspects of hiring, performance management, training, compensation, and termination. Annette spent the past 17 years working with a global security company of 100,000 U.S. employees as an employment law attorney and then as Corporate Vice President directing HR Compliance nationwide for all 50 states, Puerto Rico and Guam.

Annette drafts and revises policies, handbooks, and extensive training materials for the firm’s clients. She provides workplace trainings, as well as workplace investigations. She is a member of the Association of Workplace Investigators, numerous bar associations and employment law sections.  abarber@bglawyers.com / 818-243-5200.