In this issue, we have two articles.  From our Employment Team, we address a new California Supreme Court case requiring payment of wages for trivial work that may be performed after an employee clocks out, even if it only takes two minutes.  We also present, from our Business Team, an article to those PPOs who are thinking of selling to another company – some questions to help you look for potential blind spots.

From Our Employment Team:

(OR, WHEN DOES SOMETHING MINIMAL BECOME BIG?)

On July 26, 2018, the California Supreme Court dealt another blow to employers, as it departs from applying federal law to our wage and hour issues.  In Troester vs. Starbucks Corporation, plaintiff brought a class action on behalf of himself and all non-managerial hourly employees who had to perform store closing tasks.

Essentially, Troester said he was required to clock out at closing, and then transmit data from the computer regarding daily sales, profit and loss, and store inventory data to Starbuck’s corporate headquarters. Troester would then activate the alarm, exit the store, and lock the front door.  Occasionally he would escort other employees to their cars, pursuant to Starbucks policy. These tasks typically took anywhere from 4 to 10 minutes to complete, but averaged less than 5 minutes.

He sued Starbucks arguing that he (and all non-managerial employees who closed the stores at night) should have been compensated for this minimal time.  (Over a 17-month period, it added up to $102.67.)  Starbuck’s argued that the time was de minimus, or so trivial that it doesn’t deserve to be counted.  Federal labor laws have long recognized that such minimal work need not be compensated, under the so-called de minimus doctrine.

Although the district trial court threw out the case, the California Supreme Court unanimously disagreed with Starbucks and the district trial court. In holding that the de minimus doctrine does not apply to California wage and hour laws, it opened the door for class action lawsuits on these new grounds.  The Court held that even though the employee’s tasks only took a few minutes, the fact that employees were required to regularly work for nontrivial periods of time without providing compensation was tantamount to requiring off-the-clock work.  Besides, to Troester, the Court reasoned that $102.67 may not have been so trivial – it could have paid for a monthly gas bill, or perhaps a nice dinner.

Thus, the Troester plaintiffs can now pursue their class action lawsuit against Starbucks alleging unpaid wages, as well as the “coat-tail” claims of inaccurate wage statements, failure to pay all final wages in a timely manner, and unfair competition.

[Note:  the Court expressly did not decide the question of whether an employee who, on rare occasion needs to spend a few minutes doing something after they clock out, would constitute a violation. The Court limited its decision to the specific facts presented, and left open the fight of whether occasional work need be compensated for another day.]

RECOMMENDATION:  Do not require your employees to regularly perform tasks after they clock out.  This could include writing in a pass-down log, conducting verbal shift-change information, calling-in to their supervisors to give updates, or just cleaning out a patrol vehicle to lock up the items.  If this is part of their job duties and it is required to be performed after they clock out, you are in violation of the wage laws. This could result in a serious class action or a Private Attorneys General Act (PAGA) lawsuit. 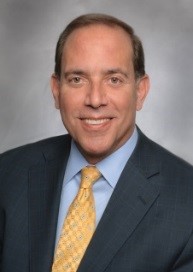 Barry A. Bradley is the Managing Partner of Bradley & Gmelich LLP located in Glendale, California, where he heads up the firm’s Private Security Team and oversees the Employment and Business Teams at the firm.  A former Deputy District Attorney, Barry’s practice concentrates on representing business owners in employment, business and licensing issues, as well as defending litigated cases involving negligent security, employment and business related issues.  The firm acts as general counsel for many security companies in California.  Barry is the Legal Advisor to CALSAGA.

He has been conferred an AV-Preeminent Peer Rating by Martindale Hubbell, the highest rating attainable, and has been named a Southern California Super Lawyer for the past 14 consecutive years in the area of Business Litigation.  Barry is also the recipient of CALSAGA’s Security Professional Lifetime Achievement Award. bbradley@bglawyers.com  818-243-5200.