On April 30, 2018, The California Supreme Court issued a ruling in Dynamex Operations West. Inc. v. Superior Court, making it much more difficult to classify an individual as an independent contractor (rather than employee). The previous standard for classifying individuals as employees or independent contractors had been in place since the 1980’s and was based on a multi-factor test that considered, among other factors, the individual’s abilities, the method of payment, and the extent of control exercised over individual. In the Dynamex ruling, the Supreme Court adopted a new three-part “ABC Test” that is intended to reduce the use of independent contractors in the California workforce.

The new standard adopted by the California Supreme Court requires the hirer to establish three factors in order to properly classify a worker as an independent contractor – and in the process greatly expands the definition of “employee” under California law. Here is the information to classify an individual as an Independent Contractor:

Performs work that is outside the usual course of the hiring entity’s business; and

Is customarily engaged in an independent established trade, occupation or business.

All three are required in order to fulfill the test.

Even though the “ABC Test” is written to simplify the definition of independent contractor, the application of the three part test is not going to be that simple. It will be the hirer’s responsibility to satisfy the “ABC Test” in order to lawfully classify an individual as an independent contractor. Please keep in mind, this decision was made under the Wage Orders of the Industrial Welfare Commission. As we all know, there will more than likely be subsequent cases, actions and rulings that will be restricting or expanding the Court’s decision to other state department (i.e. Workers’ Compensation).

-Description of duties of those relationships to the “ABC Test”

-Prepare a file for each relationship to include name, description of duties, FEIN#, insurance certificates…

Thank you for taking the time to read the article. 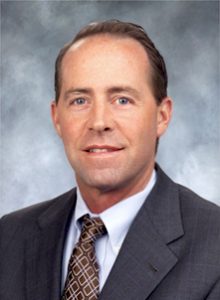 Shaun Kelly joined Tolman & Wiker Insurance Services in 2005.  He specializes in all lines of property and casualty insurance for industries including contract security firms, agriculture, construction, oil and gas. Shaun received a BS in Business Administration with a major in Finance from California State University in Fresno, California. He is an active member of several industry associations, including the Association CALSAGA, the Kern County Builders Exchange and the Independent Insurance Agents of Kern County. Shaun can be reached at 661-616-4700 or skelly@tolmanandwiker.com.