The initial intent of TRIA was to provide a temporary federal backstop program that would allow the economy to recover following the 9/11 attacks. While the reinsurance industry has become increasingly willing to cover terrorism risks over the years, the private market still cannot assume all the risk alone.

On January 12, 2015, President Obama signed H.R. 26, the Terrorism Risk Insurance Program Reauthorization Act of 2015 (TRIPRA 2015) into law, which extends the federal backstop program for an additional six years through December 31, 2020. As was the case with the prior reauthorization in 2007, TRIPRA 2015 calls for new structural changes to be implemented, which reduces the federal role in the program.

Similar to the TRIPRA 2007 program, TRIPRA 2015 requires certain criteria to have been met before federal coverage under the program begins. First, Property & Casualty insurance losses resulting from a terrorism-linked attack must meet the minimum damage certification level of USD 5 million. If losses are expected to meet this minimum threshold, then the event must also be officially certified as an “act of terrorism.” This certification is determined by the U.S. Secretary of the Treasury in concurrence with the Attorney General of the United States and—new under TRIPRA 2015—the U.S. Secretary of Homeland Security. As an example, insured losses resulting from the Boston Marathon bombing were not expected to meet this minimum threshold, and the event has not been certified as an act of terrorism—even though President Obama referred to it as an act of terrorism during a speech he gave soon afterward. The certification requirement can be frustrating for policyholders, who are left wondering when or if their claims will be covered.

If an act of terrorism has been officially certified, then compensation under the program will still not begin until aggregate insured losses in a calendar year reach the “program trigger.” Under TRIPRA 2015, the program trigger will gradually be raised each year from USD 100 million in 2015 to USD 200 million by 2020. The increase to the program trigger is considered to be one of the most substantial changes to the program and aims to transfer more of the risk to the private insurance market. Some argue that this may negatively impact the solvency of small, insufficiently diversified insurers who are not well positioned to absorb losses up to this level.

Once all the initial criteria for federal coverage have been met, an insurer who incurs losses resulting from a certified act of terrorism is required to first cover a portion of the losses—the insurer deductible. The amount of each individual insurer’s deductible is calculated as 20% of the insurer’s direct earned premiums in TRIPRA-eligible lines of business for the previous calendar year. For losses in excess of the insurer deductible, each insurer is also required to cover a pro-rata share of the losses, or copayment, with the federal government providing compensation for the remaining losses. Under TRIPRA 2015, the insurer copay will gradually increase each year from 15% ultimately to 20%.

The annual cap on liability also still applies under TRIPRA 2015, which means that no federal or private insurer payments are compensated for any portion of aggregate industry insured losses exceeding USD 100 billion. TRIPRA 2015 also increases the industry annual aggregate retention from USD 29.5 billion to USD 37.5 billion in 2019, the fifth and penultimate year of the program. In 2020, the final year of TRIPRA 2015, the retention will rise to an amount equal to the average of all participating insurers’ deductibles over the previous three program years. The Congressional Budget Office (CBO) has estimated that this amount could be as much as USD 50 billion.

If you have been involved in the process of securing insurance for your business, then you have received some version of a TRIA Disclosure giving you the option to “Accept” or “Reject” coverage for acts of terrorism. To better understand this coverage, it is important to understand the difference between “Certified Acts of Terrorism” and “Noncertified Acts of Terrorism.”

A Non Certified Act of Terrorism is simply that… an act of terror that is not certified by the Secretary of Treasury and therefore does not trigger the federal reimbursement provisions of the Terrorism Risk Insurance Act (TRIA). As discussed earlier, TRIA mandates that commercial insurers offer coverage for “certified acts of terrorism,” however they are free to exclude (or cover) “noncertified acts of terrorism.”

As you can see there are many moving parts of TRIA and thus far the claims process remains untested. Since TRIA is a backstop, in essence a federal reinsurance program for Insurance carriers, it is likely that carriers will be measurably slower in the adjusting of claims should an act of terrorism occur. Couple that with the fact that the act itself expires December 31, 2020, and the federal government looks to diminish their role as reinsurer to the carriers there simply are no guarantees as to the future. 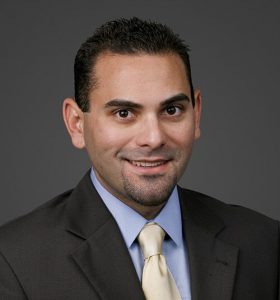 Nick Langer is a Senior Risk Advisor at TSIB with more than 15 years of property & casualty broker experience. He specializes in the Construction, Energy and Security Industries. Nick enjoys the challenge of finding solutions to his client’s unique needs and is committed to learning the intricacies of each client’s business operations.

Prior to joining TSIB Nick had his own insurance agency that specialized in both personal and commercial lines of insurance. After 7 successful years of growing his property and casualty agency he joined Tolman & Wiker Insurance Services, LLC.

Nick is committed to improving the lives and success of his clients for the benefit of the community through his various roles and leadership positions. He has served as the Insurance Advisor to the Board of Directors of The California Association of Licensed Security Agencies, Guards and Associates (CALSAGA). He is President of The Bakersfield Young Professionals in Energy (YPE), a member of the Associated Builders & Contractors (ABC), and the former Government Affairs Committee Chair for the Central California chapter. Nick is a member of the Associated General Contractors (AGC) and the American Society of Safety Engineers (ASSE).

Nick has Bachelor of Science in Business Economics from University of California, Santa Barbara. Nick and his wife have three children and three rescue dogs. In his spare time, Nick is an avid fisherman and enjoys golfing, hiking and fitness training.

The Californian 2019 Q1 – AN INSURANCE GUIDE: THE MINDSET OF AN UNDERWRITER...
Scroll to top